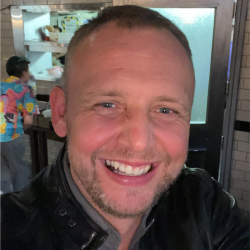 Research by GlobalData also reports that Brits have spent £8.7 billion in Black Friday sales, with tech gadgets being one of the most popular buys.

However, according to One Sure Insurance, gadget theft is rising, with a laptop stolen every 53 seconds in the UK. With that being said, the team has used search data to reveal the gadgets that are least likely to be insured this Christmas by comparing Google search insurance figures for November.

Chris Lear, MD of One Sure Insurance LTD, says: “As the Christmas season approaches, more of us will buy phones, laptops, and electronics as gifts for our relatives and friends.

“Gadgets are often forgotten when people think about insurance policies. In today’s economic climate, gadget theft is on the rise and insurance on electronics is quickly becoming a necessity as people struggle to replace stolen items. Electronics insurance has quickly evolved to become a more cost-effective way to keep belongings safe and give people peace of mind.”

He added: “Gadget theft is more prevalent outside of the home. With 68% of thefts occurring when we go out, it is essential to consider the preventative measures we can take to minimise the risks during this time of the year.

“Everyone is more vulnerable to theft during the festive season as they travel to and from pubs and parties via public transport – where up to 38% of phone thefts occur.

“Even avoiding public transport won’t guarantee your smartphone will be safe, as 30% of gadget thefts happen in pubs and clubs. While an estimated 70 million smartphones are stolen annually, only 7% are successfully recovered.

“Theft can also happen closer to home. An estimated two-thirds of parents hide Christmas presents outside their homes. It can be tempting to store gifts in popular hideaways like the garden shed or car boot to outsmart the kids. While these hiding spots are perfect for keeping the kids away, it means your gifts could be easier to steal. I would advise everyone to store gifts safely inside their homes where the only risk will be the children discovering what ‘Santa’ has brought.”

This research was conducted by One Sure Insurance, one of the UK’s fastest-growing independently owned insurance intermediaries.